Białowieża Forest is the last remaining primeval forest in the lowland Europe. It covers an area of over 1500 km2 in the tranquil corner of Poland and Belarus.

Saved from logging, this forest became home for several rare species of birds, hundreds of insects and thousands of mushrooms. Most importantly, it became world’s last refuge for European Bison – the largest land mammal on our continent.

Centuries old Oak, Elm, Lime and several other species of trees grow here together in a tremendous variety of habitats. For this diversity, age and largely natural structure it has been recognised by UNESCO as a Biosphere Reserve and a World Heritage Site now visited by thousands from all over the world. 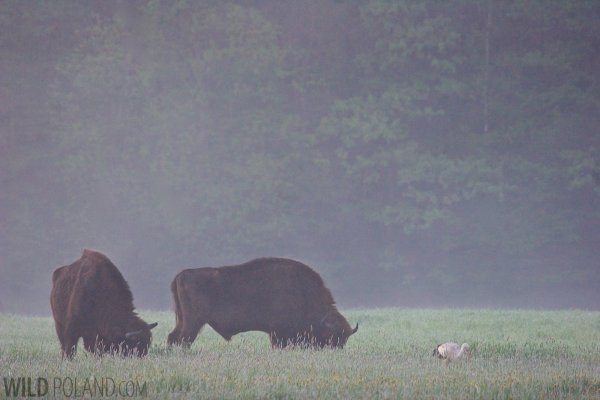 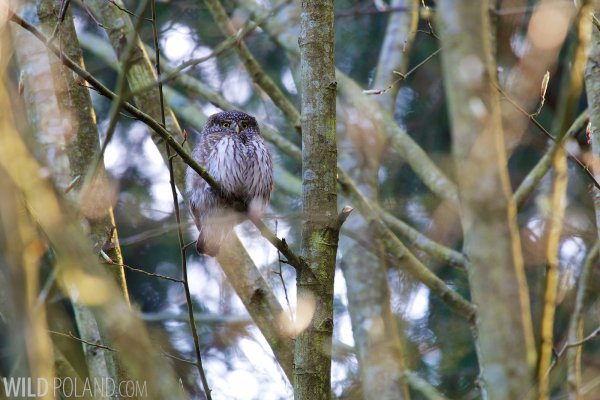 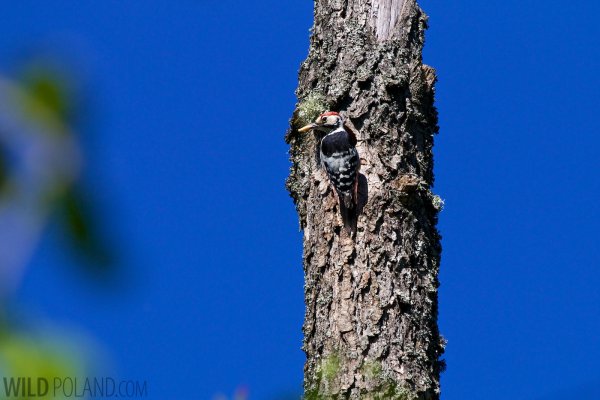 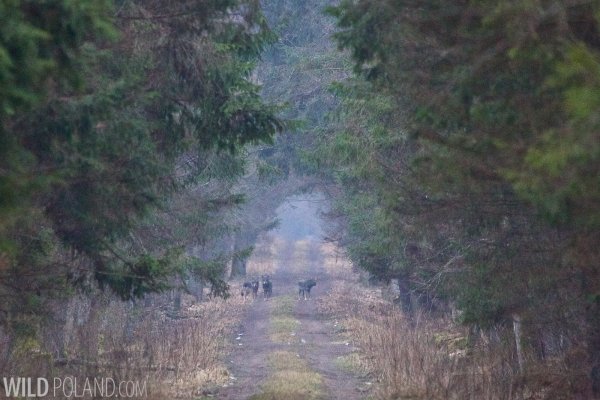 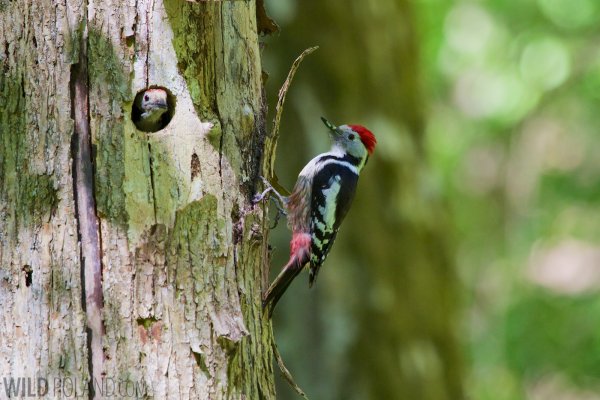 January and February are the best months to see European Bison and go tracking Wolves in the beautiful snowy landscape during our 8 day Winter Wildlife Festival › or 4 day Bison Safari › tours.

From April until November we continue to run our popular 4 day Bison Safari › as well as the flagship and our most popular 8-day Primeval Forest & Marshes › tour. In August you can also join our 9-day Summer Białowieża Festival ›.These tours are your best chance to find the elusive animals with the help of our local nature guides.

If you are a dedicated birder or a real fanatic of wildlife, then your best choice is joining our 9-day Spring Wildlife Festival › in May.

Białowieża Forest is a large area and there are several towns and villages around with reasonable accommodation.

However, Białowieża village is most central and has by far the best offer of various facilities, including bike rental, restaurants, not to mention National Park headquarters and museum.

We recommend staying there, especially that all our trips in the Białowieża Forest start in the centre of the village, at the Wejmutka guesthouse.

A new government run building. Modest, clean and comfortable. Free Wi-Fi. No breakfast. All meals have to be ordered separately at a restaurant next door.

A new guesthouse with clean and modern rooms, all with private facilities. Shared kitchen facilities and lounge/terrace area. No breakfast. Free Wi-Fi.

Cosy, family run, wooden guesthouse. Atmospheric interiors and home-like feel. Free WiFi. Hosts dogs and cats so may not be suitable if you have a severe allergy.

These are the venues located at a side of the Białowieża village, slightly off the main road, perfect locations for early morning walks.

How to get there

By far the best option is to fly into Warsaw, WAW or WMI airports, hire a car and drive to the Białowieża village yourself. This is a large area with limited public transport connections.

Want to have transport and hotels booked? No problem, choose one of our tours here ›

Oh, and one more thing. Drive carefully and watch out for Bison on the road!

Contact us for professional and friendly advice
Get in Touch
We are accredited: